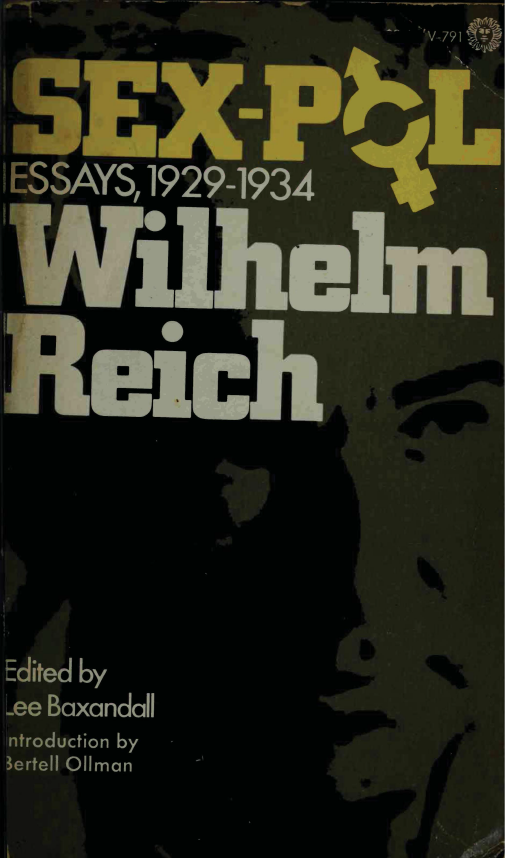 This volume contains the first complete translations of Wilhelm Reich’s writings from his Marxist period. Reich, who died in 1957, had a career with a single goal: to find ways of relieving human suffering. And the same curiosity and courage that led him from medical school to join the early pioneers of Freudian psychoanalysis, and then to some of the most controversial work of this century—his development of the theory of the orgone—led him also, at one period of his life, to become a radical socialist.
The renewed interest in Reich’s Marxist writings, and particularly in his notions about sexual and political liberation, follows the radical critiques of Herbert Marcuse, Frantz Fanon and Paul Goodman, the political protest movements toward personal liberation in the present decade.
Posted by RadicalArchive at 10:13 PM