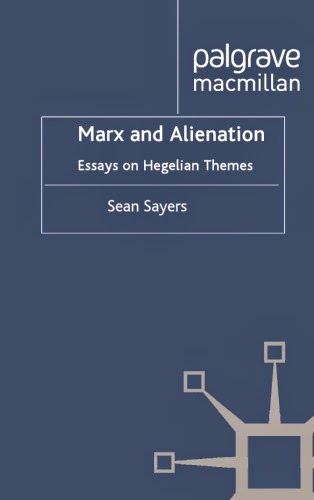 What does Marx mean by 'alienation'? What role does the concept play in his critique of capitalism and his vision of a future society?

Marx and Alienation deals in depth with some of the most important philosophical assumptions of Marx's work. It sets Marx's account of alienation and its overcoming in the context of the Hegelian philosophy from which it derives, and discusses it in relation to contemporary debates and controversies. It challenges other recent accounts of Marx's theory, and shows that knowledge of Hegel's philosophy is essential for an understanding of central themes in Marx's philosophy.

Marx and Alienation explains and discusses Marx's ideas in an original and accessible fashion and makes a major contribution to Marxist philosophy.
Posted by RadicalArchive at 8:13 PM