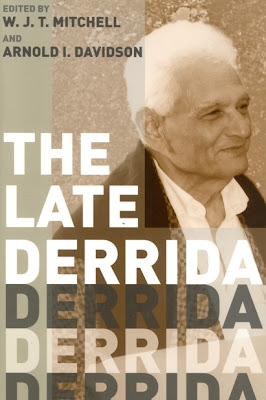 The rubric “The Late Derrida,” with all puns and ambiguities cheerfully intended, points to the late work of Jacques Derrida, the vast outpouring of new writing by and about him in the period roughly from 1994 to 2004. In this period Derrida published more than he had produced during his entire career up to that point. At the same time, this volume deconstructs the whole question of lateness and the usefulness of periodization. It calls into question the “fact” of his turn to politics, law, and ethics and highlights continuities throughout his oeuvre.

The scholars included here write of their understandings of Derrida’s newest work and how it impacts their earlier understandings of such classic texts as Of Grammatology. Some have been closely associated with Derrida since the beginning—both in France and in the United States—but none are Derrideans. That is, this volume is a work of critique and a deep and continued engagement with the thought of one of the most significant philosophers of our time. It represents a recognition that Derrida’s work has yet to be addressed—and perhaps can never be addressed—in its totality, and includes, in particular, a marvelous essay written by Hélène Cixous titled “Jacques Derrida as a Proteus Unbound” sure to impress those close with the late philosopher.
Posted by Unknown at 7:00 PM