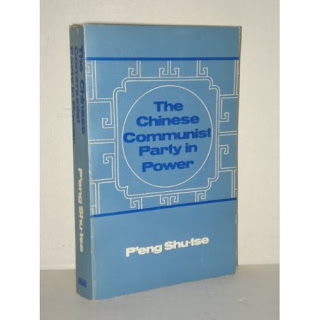 ATTENTION: If you are aware of any links to this text, please message us. This text, written by P’eng Shu-tse, was inspired by his associations with Trotsky and is considered a definitive account of China’s revolutionary period and history from roughly 1911-1970 despite now being tragically out of print. P’eng was a revolutionary that joined the CCP (Chinese Communist Party) in 1923, which was founded by Chen Duxiu. Opposing the disastrous Comintern policies imposed on the CCP by Moscow (post-Lenin), he joined with Duxiu in becoming supporters of the Left Opposition, both of whom became the voice of Trotskyism in China, attempting to regain support and influence within the party, but ultimately failing. As one reviewer of the text notes: “Due to P’eng Shu’tse’s opposition to any kind of support for the Koumintang and his defense of Trotsky and Permanent Revolution he was first stripped of his leadership position in the CCP and later completely purged with other fellow travelers. They set up their own political organization and publications. These positions in light of Chaing Kai-sheck’s massacres, including his butchering of the workers of Shanghai in 1927, and Chaing Kai-sheck’s failure to fight the Japanese, attracted recruits to their Trotskyist organization, but also attracted the oppression of the Kuomintang themselves. As a revolutionary socialist he did not feel that the Stalinist system was an inevitable product of socialist revolution, but that the money and popular influence of Stalinism at a certain point in history caused China and Eastern Europe to repeat the mistakes of the Soviet Union.” An indictment of Mao and a lamentation for what was lost after the first Chinese Revolution, this deserves to be in print based solely on it being to Chinese history what Trotsky’sHistory of the Russian Revolution is to Russian history.