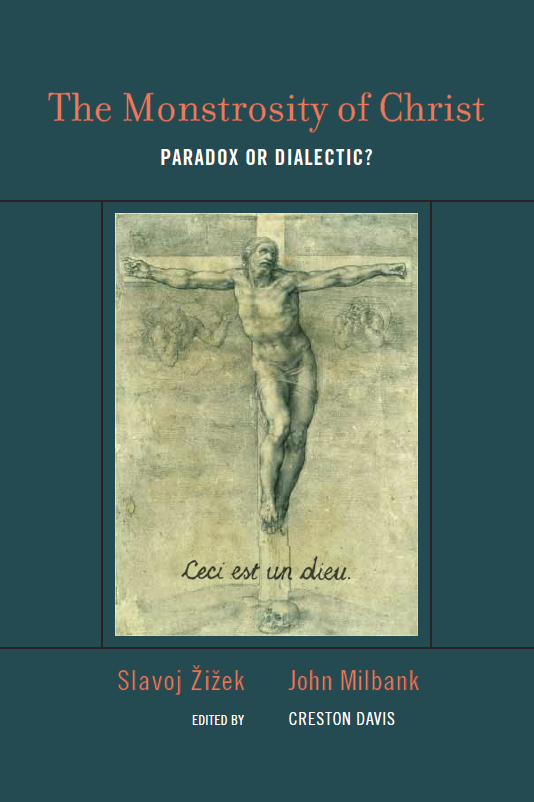 "What matters is not so much that Žižek is endorsing a demythologized, disenchanted Christianity without transcendence, as that he is offering in the end (despite what he sometimes claims) a heterodox version of Christian belief."--John Milbank"To put it even more bluntly, my claim is that it is Milbank who is effectively guilty of heterodoxy, ultimately of a regression to paganism: in my atheism, I am more Christian than Milbank."--Slavoj ŽižekIn this corner, philosopher Slavoj Žižek, a militant atheist who represents the critical-materialist stance against religion's illusions; in the other corner, "Radical Orthodox" theologian John Milbank, an influential and provocative thinker who argues that theology is the only foundation upon which knowledge, politics, and ethics can stand. In The Monstrosity of Christ, Žižek and Milbank go head to head for three rounds, employing an impressive arsenal of moves to advance their positions and press their respective advantages. By the closing bell, they have not only proven themselves worthy adversaries, they have shown that faith and reason are not simply and intractably opposed. Žižek has long been interested in the emancipatory potential offered by Christian theology. And Milbank, seeing global capitalism as the new century's greatest ethical challenge, has pushed his own ontology in more political and materialist directions. Their debate in The Monstrosity of Christ concerns the future of religion, secularity, and political hope in light of a monsterful event--God becoming human. For the first time since Žižek's turn toward theology, we have a true debate between an atheist and a theologian about the very meaning of theology, Christ, the Church, the Holy Ghost, Universality, and the foundations of logic. The result goes far beyond the popularized atheist/theist point/counterpoint of recent books by Christopher Hitchens, Richard Dawkins, and others. Žižek begins, and Milbank answers, countering dialectics with "paradox." The debate centers on the nature of and relation between paradox and parallax, between analogy and dialectics, between transcendent glory and liberation. Slavoj Žižek is a philosopher and cultural critic. He has published over thirty books, including Looking Awry, The Puppet and the Dwarf, and The Parallax View (these three published by the MIT Press). John Milbank is an influential Christian theologian and the author of Theology and Social Theory: Beyond Secular Reason and other books. Creston Davis, who conceived of this encounter, studied under both Žižek and Milbank.
Posted by RadicalArchive at 8:07 PM