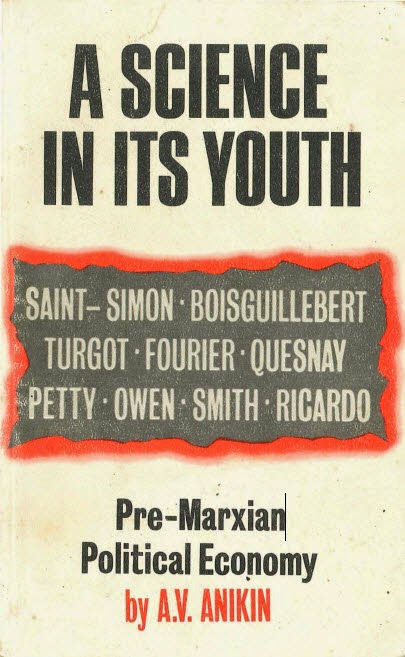 This book traces the link of major modern trends and ideas in political economy to economic doctrines 'of the past. With high scholarship warmed by humor, the reader is introduced to a host of earlier economic thinkers-Boisguillebert, Petty, Quesnay, Turgot, Smith, Ricardo, Saint-Simon, Fourier, Owen, and many others.

Their ideas are revealed against the background o( the age in which they. lived and wrote. The author Andrei Vladimirovich Anikin (Born Sep. 9, 1927 in Tomsk. Died August 29, 2001) was a professor at Moscow University.
Posted by RadicalArchive at 8:21 PM