Nicos Poulantzas, Fascism and Dictatorship: The Third International and the Problem of Fascism 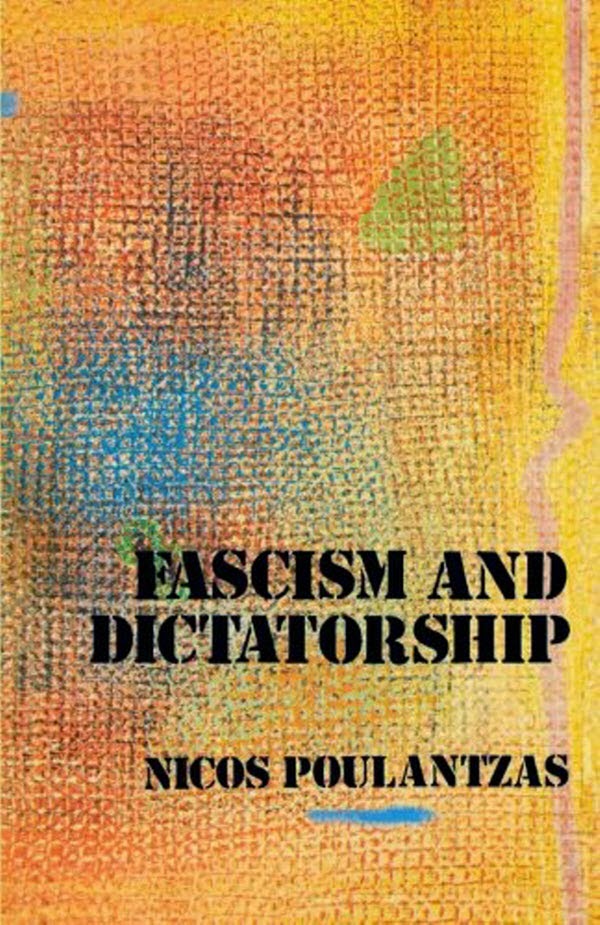 Nicos Poulantzas, Fascism and Dictatorship: The Third International and the Problem of Fascism

Poulantzas’s book is the first major Marxist study of German and Italian fascism to appear since the Second World War. It carefully distinguishes between fascism as a mass movement before the seizure of power and fascism as an entrenched machinery of dictatorship. It compares the distinct class components of the counter-revolutionary blocs mobilzed by fascism in Germany and Italy; analyses the changing relations between the petty bourgeoisie and big capital in the evolution of fascism; discusses the structures of the fascist state itself, as an emergency regime for the defense of capital; and provides a sustained and documented criticism of official Comintern attitudes and policies towards fascism in the fateful years after the Versailles settlement. Fascism and Dictatorship represents a challenging synthesis of factual evidence and conceptual analysis that has been rare in Marxist political theory to date.
Posted by RadicalArchive at 2:13 AM