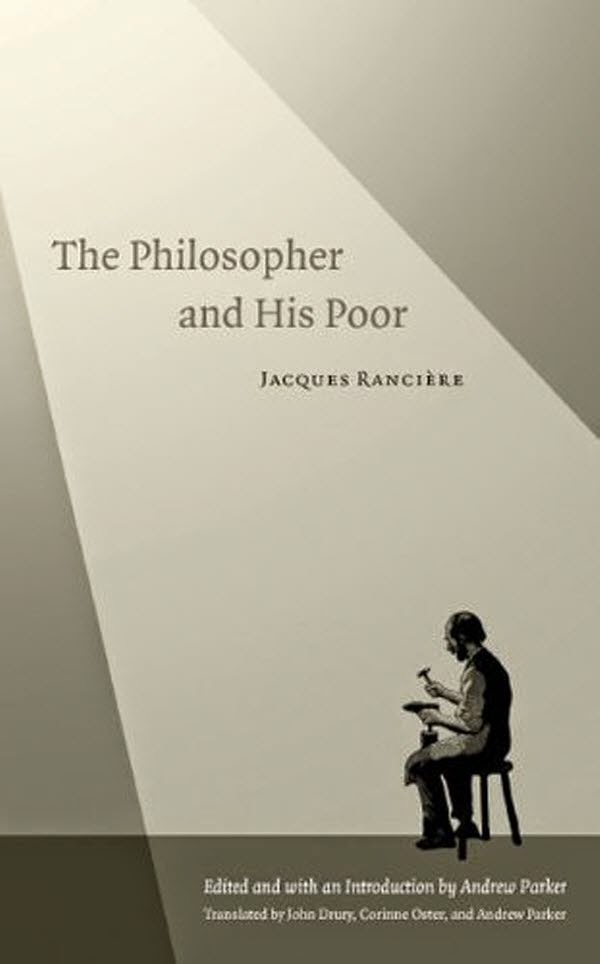 What has philosophy to do with the poor? If, as has often been supposed, the poor have no time for philosophy, then why have philosophers always made time for them? Why is the history of philosophy—from Plato to Karl Marx to Jean-Paul Sartre to Pierre Bourdieu—the history of so many figures of the poor: plebes, men of iron, the demos, artisans, common people, proletarians, the masses? Why have philosophers made the shoemaker, in particular, a remarkably ubiquitous presence in this history? Does philosophy itself depend on this thinking about the poor? If so, can it ever refrain from thinking for them?Jacques Ranci?re’s The Philosopher and His Poor meditates on these questions in close readings of major texts of Western thought in which the poor have played a leading role—sometimes as the objects of philosophical analysis, sometimes as illustrations of philosophical argument. Published in France in 1983 and made available here for the first time in English, this consummate study assesses the consequences for Marx, Sartre, and Bourdieu of Plato’s admonition that workers should do “nothing else” than their own work. It offers innovative readings of these thinkers’ struggles to elaborate a philosophy of the poor. Presenting a left critique of Bourdieu, the terms of which are largely unknown to an English-language readership, The Philosopher and His Poor remains remarkably timely twenty years after its initial publication.

Posted by RadicalArchive at 6:47 AM