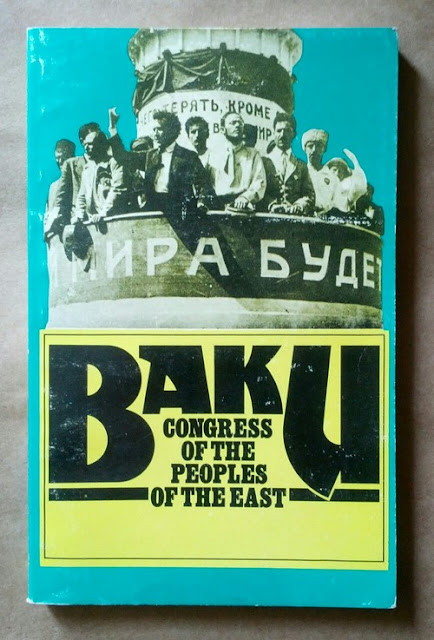 "The Congress of the Peoples of the East held in Baku in September, 1920 holds a special place in the history of the Communist movement. It was the first attempt to appeal to the exploited and oppressed peoples in the colonial and semi-colonial countries to carry forward their revolutionary struggles under the banner of Marxism and with the support of the workers in Russia and the advanced countries of the world."

--Tom Kemp, Forward to the Congress of the Peoples of the East-Baku (1920)