Andrew Collier, On Christian Belief: A Defence of a Cognitive Conception of Religious Belief in a Christian Context 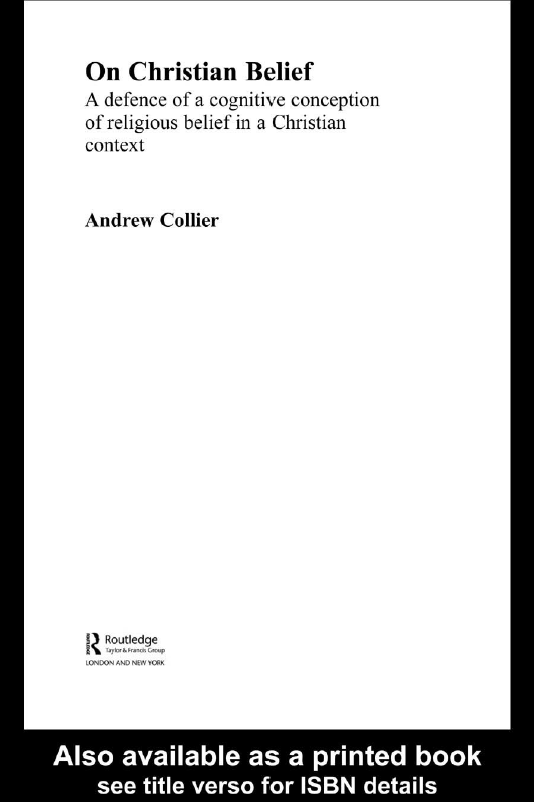 Andrew Collier, On Christian Belief: A Defence of a Cognitive Conception of Religious Belief in a Christian Context

On Christian Belief offers a defence of realism in the philosophy of religion. It argues that religious belief - with particular reference to Christian belief - unlike any other kind of belief, is cognitive; making claims about what is real, and open to rational discussion between believers and non-believers. The author begins by providing a critique of several views which either try to describe a faith without cognitive context, or to justify believing on non-cognitive grounds. He then discusses what sense can be made of the phenomenon of religious conversion by realists and non-realists. After a chapter on knowledge in general, he defends the idea that religious knowledge is very like other knowledge, in being based on reliable testimony, sifted by reason and tested by experience. The logical status of the content of religious belief is then discussed, with reference to Christianity.
Posted by RadicalArchive at 8:08 PM