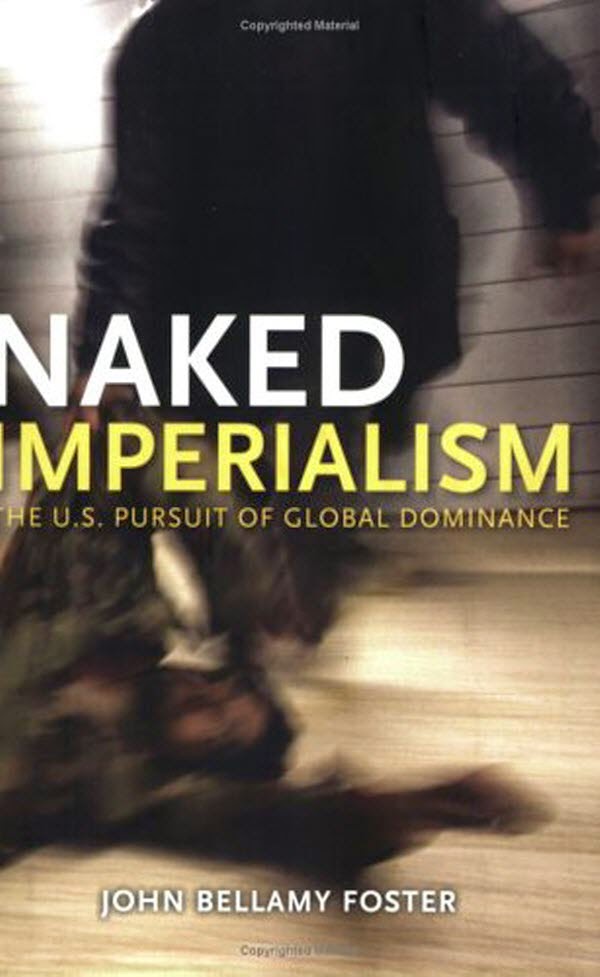 During the Cold War years, mainstream commentators were quick to dismiss the idea that the United States was an imperialist power. Even when U.S. interventions led to the overthrow of popular governments, as in Iran, Guatemala, or the Congo, or wholesale war, as in Vietnam, this fiction remained intact. During the 1990s and especially since September 11, 2001, however, it has crumbled. Today, the need for American empire is openly proclaimed and defended by mainstream analysts and commentators.

John Bellamy Foster’s Naked Imperialism examines this important transformation in U.S. global policy and ideology, showing the political and economic roots of the new militarism and its consequences both in the global and local context. Foster shows how U.S.-led global capitalism is preparing the way for a new age of barbarism and demonstrates the necessity for resistance and solidarity on a global scale.
Posted by RadicalArchive at 9:17 PM