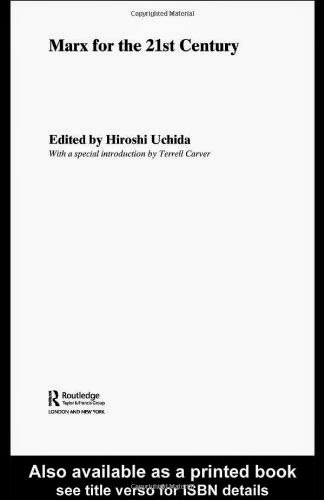 This groundbreaking collection surveys current research on Marx and Marxism from a variety of perspectives. Setting forward an unconventional range of questions for discussion, the book develops key ideas, such as the theory of history, controversies about justice and the latest textual scholarship on The German Ideology. Written by Japanese scholars, the volume affords western readers a glimpse for the first time, of the results of many years’ debates and discussion.
Following the long tradition of Japanese interest in Marx, the book draws on the relationship between that and radical changes in local political context, as well as the economic and political development represented by Japan. Over the course of the chapters, Marx is rescued from ‘orientalism’, evaluated as a socialist thinker, revisited as a theorist of capitalist development and heralded as a necessary corrective to modern economics. Of particular interest are the major scholarly revisions to the ‘standard’ historical accounts of Marx’s work on the Communist Manifesto, his relationship to the contemporary theories of Louis Blanc and P.J. Proudhon, and new information about how he and Engels worked together.
This landmark work opens up a world of Japanese critical engagement and lively scholarship that will appeal to anyone interested in Marx and Marxism.
Posted by RadicalArchive at 8:46 PM