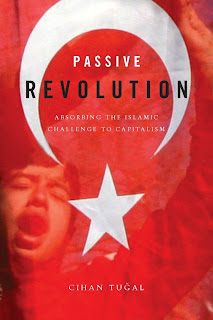 "Over the last decade, pious Muslims all over the world have gone through contradictory transformations. Though public attention commonly rests on the turn toward violence, this book's stories of transformation to "moderate Islam" in a previously radical district in Istanbul exemplify another experience.


In a shift away from distrust of the state to partial secularization, Islamists in Turkey transitioned through a process of absorption into existing power structures. With rich descriptions of life in the district of Sultanbeyli, this unique work investigates how religious activists organized, how authorities defeated them, and how the emergent pro-state Justice and Development Party incorporated them.

As Tugal reveals, the absorption of a radical movement was not simply the foregone conclusion of an inevitable world-historical trend but an outcome of contingent struggles. With a closing comparative look at Egypt and Iran, the book situates the Turkish case in a broad historical context and discusses why Islamic politics have not been similarly integrated into secular capitalism elsewhere."