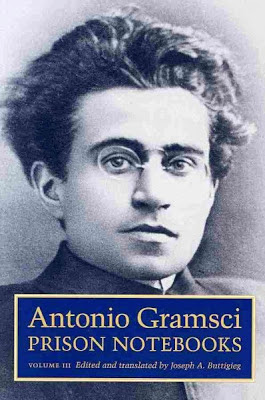 Columbia University Press’s multivolume Prison Notebooks is the only complete critical edition of Antonio Gramsci’s seminal writings in English. The notebooks’ integral text gives readers direct access not only to Gramsci’s influential ideas but also to the intellectual workshop where those ideas were forged. Extensive notes guide readers through Gramsci’s extraordinary series of reflections on an encyclopedic range of topics. Volume 3 contains notebooks 6, 7, and 8, in which Gramsci develops his concepts of hegemony, civil society, and the state; reflects extensively on the Renaissance, the Reformation, and Machiavelli’s political philosophy; and offers a trenchant critique of the cultural and political practices of fascism. A detailed analysis of positivism and idealism brings Gramsci’s philosophy of praxis and conception of historical materialism into sharp relief. Also included are the author’s extensive observations on articles and books read during his imprisonment.

In fairness to Hoare and Smith’s Selections, the first complete, critical edition of Gramsci’s notebooks in Italian – edited by Valentino Gerratana – was not published until 1975. Yet while some of the limitations were resolved by the publication of two further collections of prison notes (1985, 1995) which use Gerratana’s texts (and include Q/§ annotation), the pattern continued, despite multiple translators and publishers, of picking through Gramsci’s notebooks and reorganizing his notes and ideas thematically. Moreover the critical apparatuses of these collections are highly uneven. All this helps to explain the proliferation of multiple, competing interpretations of Gramsci’s ‘open Marxism’. The challenge of textually grasping his prison notebooks undoubtedly contributed to many partial and weak readings.

What graduate students genuinely needed was a complete and critical edition of the Prison Notebooks, translated in full and replete with explanatory footnotes. No such book existed then, but thanks to Joe Buttigieg and Columbia University Press, soon enough it will, when we will have a complete set of Gramsci’s Prison Notebooks in five volumes. To date three volumes have been published in hardback (1992; 1996; 2007), covering Q1-8 and roughly half of all Gramsci’s notes. Buttigieg’s translation of the Notebooks stands, along with Gerratana’s Italian edition, as the definitive source (see the essays in Green 2011, §IV). And Buttigieg’s critical notes are the most careful and complete in any language.

As Gayatri Chakravorty Spivak exclaims in a blurb for the back cover of the paperback edition: ‘Until Joseph A. Buttigieg’s meticulous translation and critical attention to Antonio Gramsci’s Prison Notebooks, this invaluable text, a testimony to the most emancipatory thinking of our time, was available to English readers only in an artificially contrived form.

—On Buttigieg’s translation of the complete Gramsci Prison Notebooks, including this third volume, completed in 2007
Posted by RadicalArchive at 12:13 PM