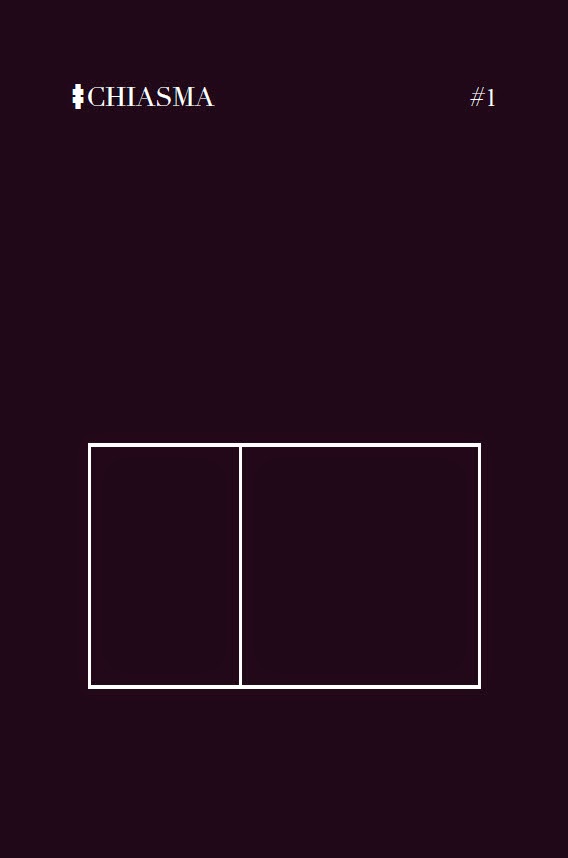 Chiasma: A Site for Thought was established in September 2013 as an annual, double-blind, peer-reviewed journal for the generation and dispersion of theory. While recognizing ‘theory’ as a pursuit born of the crossing of continental philosophy, social and political theory, literary criticism, media studies, and cultural studies, Chiasma: A Site for Thought places emphasis on those genetic moments that displace theory from its history, without abandoning it to an auxiliary position between disciplines. The journal therefore aims at the affirmation of theory’s own powers to recombine and mutate the societal, historical, and academic coordinates from which it comes.

Chiasma: A Site for Thought seeks submissions that perform a double operation of disjunction and conjunction upon their given materials of thought. Originally a Greek word denoting an X or a ‘cross-shaped mark,’ in the field of genetics ‘chiasma’ refers to the point of contact between crossed chromatids undergoing meiosis. Genetic materials are here brought together and broken down, then reassembled to form novel combinations. Analogously, Chiasma is a site dedicated to breakdown and innovative hybridity at the level of thought and in the context of theory.

The core of the editorial board of Chiasma: A Site for Thought is housed in Western University’s Centre for the Study of Theory and Criticism. The Centre for the Study of Theory and Criticism is rare in its focus, being dedicated to theory as such and not to a specific disciplinary lineage or application, whether literary, philosophical, sociological, politico-scientific, or aesthetic. The Centre catalyzes theoretical production by synthesizing and transforming knowledge from disparate domains, and then relaying this altered material to those same domains. We collect and gain from them; they are ramified by our labour.

All published research articles are selected by a blind review committee and undergo double-blind peer review. Our review section features solicited book, conference and exhibit reviews. We offer one themed issue in the spring of each year, and occasional special editions. Submissions conforming to our guidelines and annual theme are invited until early November of each year.
Posted by RadicalArchive at 10:57 PM

Email ThisBlogThis!Share to TwitterShare to FacebookShare to Pinterest
Labels: Chiasma: A Site for Thought