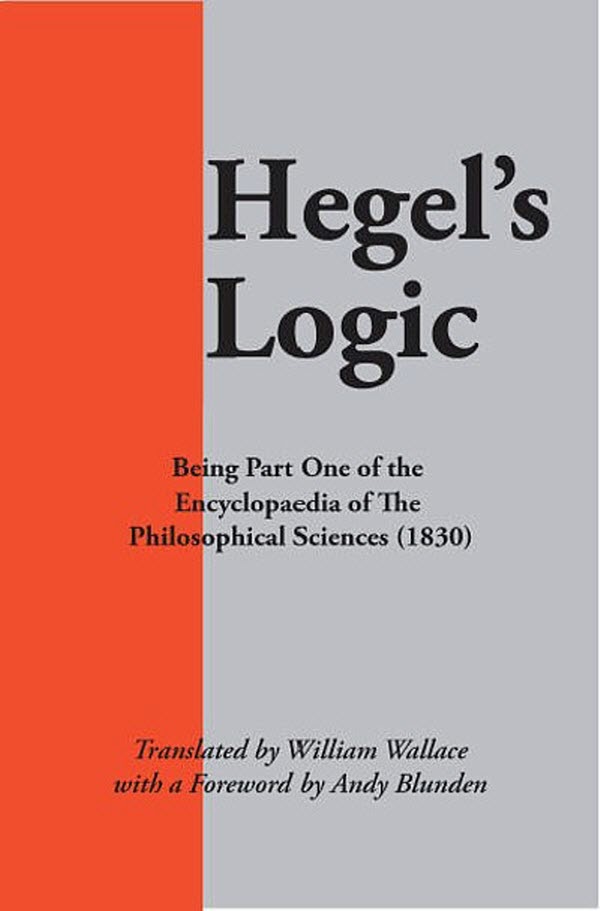 The final, 1830 version of the Hegel’s Logic, known as “The Shorter Logic,” is the most accessible and until recently, the most widely known of Hegel’s mature works, the work which has been most influential among Marxists. In recent years, considerable attention has been paid to “The Phenomenology” at the expense of his mature work. An understanding of “The Phenomenology” is important to understanding “The Logic,” but unlike “The Logic,” “The Phenomenology” was written in a hurry, contains much that is dated and is so poorly structured as to be almost unreadable. The 1830 Logic, which Hegel used in his lectures, is on the other hand, a reliable and structured presentation of Hegel’s mature views.

The Logic is provided with a new Foreword by Andy Blunden which approaches Hegel from a Marxist perspective and will help the novice appreciate Hegel’s importance. Hegel’s mode of writing is arcane, and even this most accessible of his works may be hard for the modern reader to make sense of. This Foreword goes a long way to unlocking the mysteries of Hegel’s writing for the uninitiated.

Few introductions to Hegel tackle the problem of what the subject matter of the Logic is. This is only made clear in his early works, and through an appreciation of his life and times. Andy draws on these aspects to introduce the reader to a powerful and systematic approach to problems which are as acute today as they were in 1830.
Posted by RadicalArchive at 8:43 AM